Today is World Migratory Bird Day! One of the best activities to join on the resort is the citizen science birdwatching program. Guests are given a photo checklist of common bird species around the resort as well as a pair or binoculars for them to record their sightings. This birdwatching program starts early…at 7 am in the morning. When you’re in that holiday mood it’s probably the last thing you want to do especially when there’s a nice warm comfy bed to laze the whole morning away, but once you’re actually out and about I guess there’re no regrets. 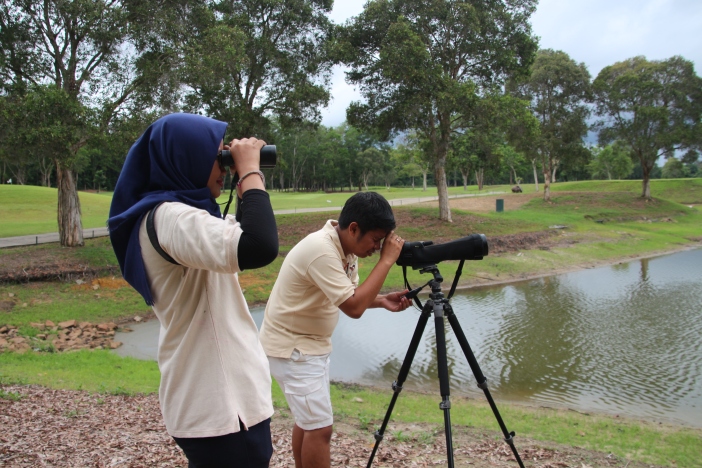 Nature-based tourism actually has huge potential for citizen science, and it’s such an easy and useful program that I often wonder why resorts and tours don’t do this more often.  Some tips on how you can contribute to citizen science as a tourist here and here if you’re based in Singapore. The idea is so simple…

Aaaand bingo. That’s it. Depending on the time constraints and level of expertise, you can choose to make the type of data collected as detailed or as generic as you would like. You can record animals down to a family level, something quite useful if you’re doing fish surveys and want to look at organisms from a management perspective. Butterflyfish (Chaetodontidae) are useful indicators of coral health, groupers are indicators of fishing pressure, etc. At a genus level, there’s a higher specificity that has greater scientific value, as in the case of corals (E.g. Acroporid and Pocilloporid corals support specific symbionts). If animals are easy to identify and photograph, the way birds are, then identifying them down to a species level is not only useful but quite manageable as well. It goes without saying that the more well-designed, robust and specific the survey is, the greater the scientific value. With a field guide (I recommend this one and this one for identifying birds in Southeast Asia), a pair of binoculars and a dash of determination, it’s easy enough to get the common species in no time.

The question is…why bother? Firstly, because this value adds to the particular tourism activity. If you are bringing visitors on a boat tour in the mangroves for instance, wouldn’t it be more informative and interactive if they could actually learn about what they’re seeing? This also sets you apart from other operators and can be marketed as a special program. Finally, it’s incredibly useful to track long-term changes in the environment. If your livelihood depends on the survival of these animals and plants you’re bringing people around to see, then it’s of utmost importance that you can properly identify and describe changes in their populations and their environment.

Reva holding a copy of our birdwatching citizen science brochure

Having said all of this, let’s play the devil’s advocate. Citizen science isn’t for everyone on a holiday. There will always be tourists who don’t care about anything and are merely obsessed with taking a selfie in the perfect angle just to prove they’ve been somewhere. In other cases, sometimes a language barrier makes it difficult to explain. Whatever the case, that’s why participating in citizen science should still be a voluntary activity that caters to a tourist’s interest. It’s the job of the tour guide to sell the idea of citizen science. Why it’s important, how easy it is and why they should give it a shot. The idea is to make everything as fun as possible so it doesn’t feel like dull research…because it isn’t!

One of my favourite classes at university was a bird race for our Avian Biology class. What we did essentially was to break off into different groups, armed with a bird guide and binoculars, and to identify as many species of birds around Chinese Gardens before the class came to an end. It was chaos as everyone scrambled around, straining their eyes in the sweltering heat to look for birds, but it was one of the most exciting and fun classes we’ve had to date. If a bunch of sleep-deprived 20-year-olds can be incentivized to run around in Singapore on a weekday morning, I’m sure a lot more people might be interested too.

Jumping back to Bintan, guests at the resort help to identify different bird species that have been seen around the resort. The citizen science program started in 2015, so there’s currently almost 4 years of data! To date these trips have identified 41 bird species around the resort and golf course, including some rare species like the Chestnut-bellied Malkoha (Phaenicophaeus sumatranus) and scarlet-headed flowerpecker (Dicaeum trochileum), as well as captivating raptors such as the changeable hawk eagle (Nisaetus cirrhatus), Chinese sparrowhawk (Accipiter soloensis) and oriental honey buzzard (Pernis ptilorhynchus). That’s definitely worth waking up in the morning on a holiday right? Here are some highlights of birds that were found within the premises of the resort. 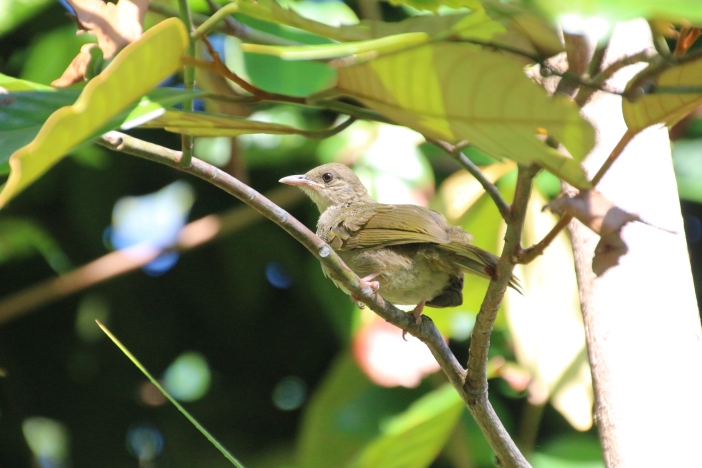 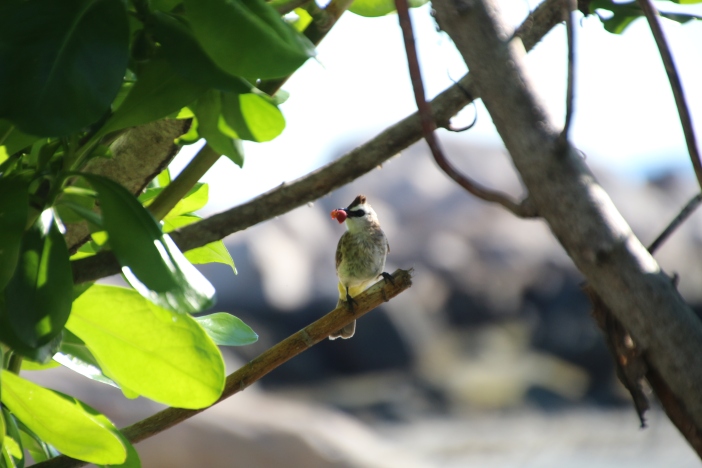 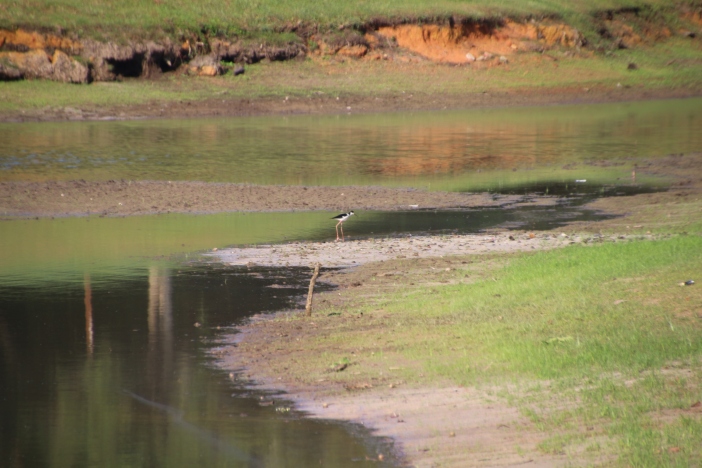 Birdwatching actually started out for me as a hobby, because I just enjoyed being able to identify the birds I saw along nature walks and hikes. Over time, however, it’s truly amazing to learn how to identify birds not only by sight but by their calls as well. With more training from Adlan and the rest of the team, I learnt how to identify the common bird species around Bintan. We got some help from an application called Burungnesia as well. This is great for Indonesians to learn about local flora and fauna as descriptions come in Bahasa Indonesia. Sadly, it’s only available for Android devices and isn’t on the Apple store.

As for the other calls that we couldn’t identify, I turned to a website called XenoCanto…think of it as YouTube or SoundCloud, except just for bird calls. The site has 411’236 recordings to date of 9864 species of birds. Not only does it sort bird calls according to species and regions, the database allows you to upload sound recordings of birds that you need help identifying. When I uploaded sound recordings onto the site, I got replies from other birdwatchers to help me identify the calls. What an amazing way to learn about bird calls wherever you may be!